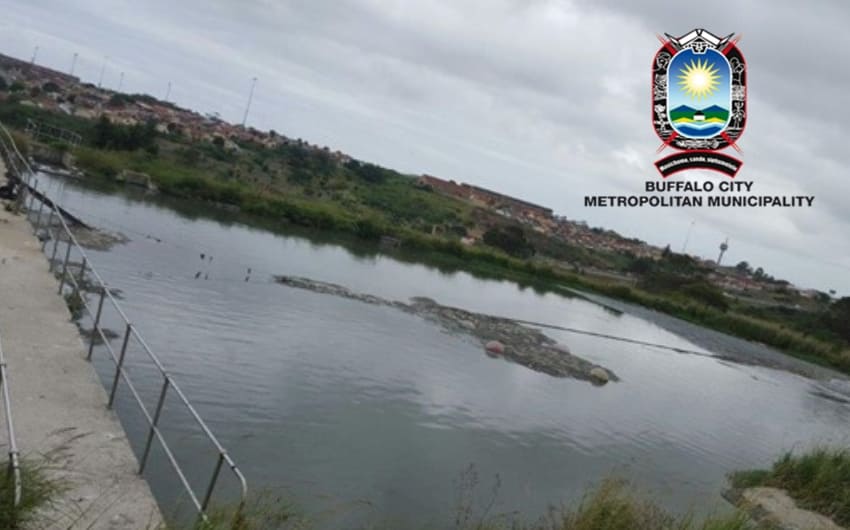 After extensive consultations and presentations to different stakeholders within the Water and Sanitation Sector, including the National Department and Local Municipalities, BlueStream Environmental Sales and Technology approached Buffalo City Metro with a view to exploring the possibility of piloting Biotreat™ and Hydro-Activator™, in order to confirm their reliability and effectiveness.

On 17 November 2015 a formal proposal was submitted to the office of the Acting Municipal Manager, Mr. N Ncunyana, requesting a platform to pilot Biotreat™.

On the 3 December 2015, we were referred to the office of the Engineering Director, where we were introduced to Mr. M Westerberg, a General Manager of the Engineering. After our presentation to him and his team an agreement to pilot was reached. The Central Waste Water Treatment Works was recommended, due to the smell pollution affecting the nearby communities.

Mr. Jonathan Clark, a Senior Process Controller for Waste Water Treatment Plants was seconded to oversee the Pilot on behalf of the Municipality, working hand-in-hand with Mr. Zwelizukile Sikhukukazi, Director of Special Projects and Stakeholder Relations at Bluestream Environmental Sales and Technology.

On the 06 December 2015 we met with Mr. Jonathan Clark in the Waste Water Treatment Plant to prepare and plan for the implementation strategy. He recommended that we focus most on the secondary digester and the treatment of Anaerobic Ponds One and Two. It was agreed that the pilot would be conducted with a view to eliminating odours, oxygenating the water, treating and eliminating algae, faeces and any other undesirable organic substances.

On 08 December 2015, we arrived in the site at around 09:00, and we met with Mr. Brad Turton, who introduced himself as a Plant Process Controller at the Central Waste Water Treatment Works. He was with three other gentlemen, whom we later learned are working for another service provider (TVR Construction) doing a daily maintenance in the plant.

Mr. Jonathan Clark was not in attendance, but Mr. Brad Turton was able to assist us and provide all the necessary support for the execution of our mandate.

Before we started the treatment we took some pictures of the current state of the anaerobic ponds, which had thick sludge on top throughout, and thereafter treated the first anaerobic pond with Hydro-Activator. We went to treat the secondary digester with BioTreat Liquid and BioTreat Powder.

The following are the pictures taken on 08 December of the anaerobic ponds and the secondary digester. 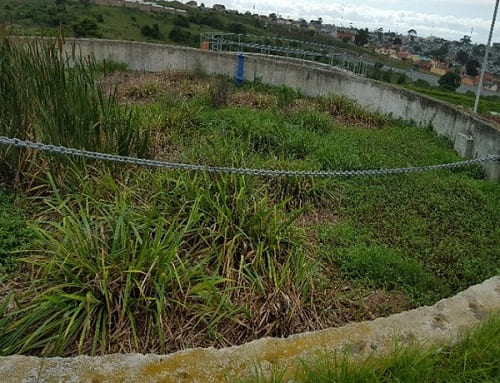 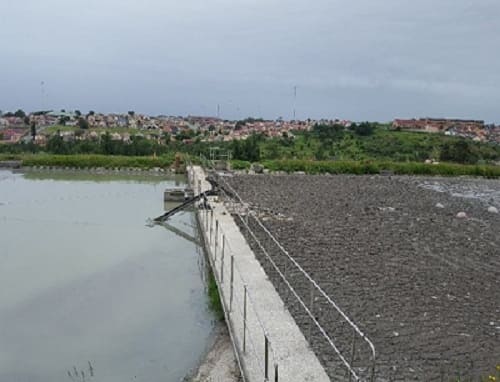 The thick crust of the sludge buildup can clearly be seen in the above pictures.

On 10 December we revisited the site, with a view to observing the progress. It came to our attention that there was a major unpleasant smell coming out of the secondary digester, which led to us having to treat it more with BioTreat Liquid.

On 18 December we revisited the site and were pleased to realize that there was a major improvement in the condition of both the secondary digester and the anaerobic ponds, and there was a lot less smell.

We again treated the designated areas, for which we used BioTreat Liquid and BioTreat Powder in the anaerobic ponds and in the secondary digester.

PROJECT RESULTS AFTER TREATMENT IN THE SECONDARY DIGESTER.

The level of Sludge is slowly dropping down, and the smell emanating from the digester is greatly improved.

PROJECT RESULTS OF TREATMENT IN THE ANAEROBIC PONDS.

When we first came to the Plant on the 6 of December, there was hard sludge on top covering the whole first anaerobic pond. The second anaerobic pond was not too bad compared to the first one, though it also needed attention. Please refer to the pictures below. 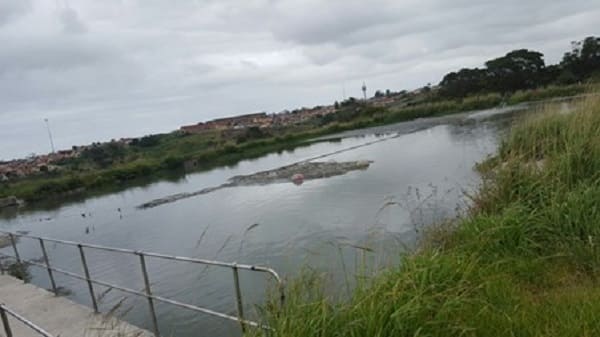 We believe that the above pictures, comments from residents nearby and observation of BCC Officials, are proof of the efficacy of our products

We interviewed a number of residents of the nearby residential areas (Braelyn Shelters) and Gompo. We have also spoken to the ward Councilor of the area Cllr. Mandisa. We recorded the interviews, which were overwhelmingly positive. Here is a selection of comments:

1. Daniel zizele – There was a very bad smell before the December, it was even difficult to eat food at times, I’m not experiencing any smell at the moment, I would be very happy if you can continue treating that place.

2. Nomaphelo Nokulila – Ever since I came here the smell from the place across has always been a problem, I left on the 16 of December for Christmas holidays, though I never notice anything before I left but since I came back I don’t fill any smell like before, I am very happy.

3. Thembelani Peter – I’m not sure why you guys have not been treating this place before, maybe it’s because it’s about the elections again, but anyway thanks. There was a bad smell here be December, but now there is a huge difference, no smell at all, please continue to treat that place.

4. Mrs. Lusanda Twetwa – Since we came back from Cape Town on the 20th of December I have not had the smell up to now, but before we le on the 28 0f November I can confirm it was really bad here.

5. Ms. Mandisa Dyani – I have recently relocated my Kids to Ezilalini, last year it was really painful to see my daughter coughing and complaining about the sewerage smell, I wish she was here to now so she can feel the deference.

We believe that we have successfully demonstrated a viable solution to some of the sanitation challenges that face our communities on a daily basis. We are able to offer a better life for all at a competitive price, a marked improvement in living conditions – a solution that restores dignity to the community

Please note that we have also noted the overloading and a high volume of soil\ sand, and it is our recommendation that an arrangement be made to desludge anaerobic ponds one and the two.

Further to our recommendations and proposal, it is our wish to include a minor maintenance plan that will include grass cutting around all the ponds and the entire plant yard of the Central Waste Water Treatment Works.

We thank you for the time taken in the consideration of this document, and in particular, those associated with the successful implementation of the pilot project at the Central Waste Water Treatment Works.